I got a forwarded email from a family member with the subject line "The colors that only GOD can create", the body of which consisted of photographs of numerous birds, most of them with brilliantly colored plumage -- peacocks, parrots, lorikeets, mandarin ducks, flamingos, the usual crowd. (Notice how I used the word "most". I'll get back to that later.)

Anyway, a couple of the photos were of budgerigars (i.e., budgies), both the green and the blue varieties. Despite my stickler nature, I didn't have the heart to make a reply saying that blue budgerigars don't exist in the wild -- their color was achieved through selective breeding that eliminated all the yellow from these birds' plumage, leaving only blue. So technically, those birds' colors weren't created by a deity. Let's give credit where credit is due, eh?

This email also included other breathtakingly colorful species of birds, such as this one (not the same photo as in the email, but a similar one): 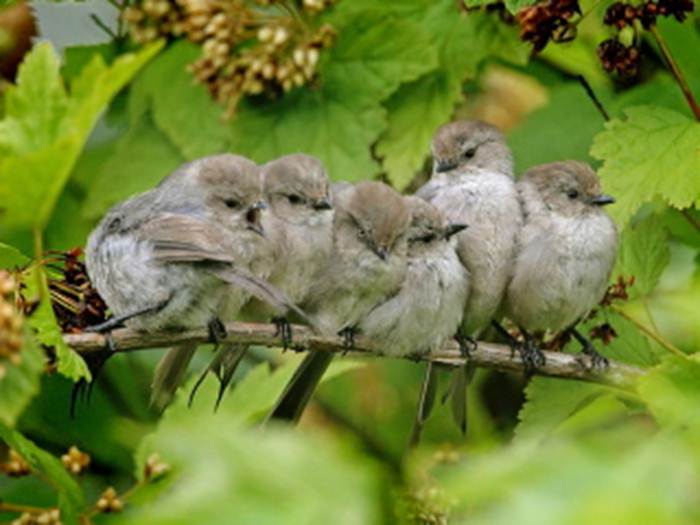 To quote the email, "JUST INCREDIBLE and BEAUTIFUL! AMAZING!"

There were also several photos of raptors and owls, birds that aren't exactly noted for their eye-boggling colors: a great-horned owl, a prairie falcon, and a ferruginous pygmy owl (would you really expect to see a brilliant panoply of hues on a bird whose name means "rust-colored"?). True, birds of prey aren't the most showy, colorful examples of the bird family, but there are definitely exceptions, and this email really missed the boat in that department.

And speaking of birds, I was looking through Charles Harrington Elster's There's a Word for It to look for some more entertaining ways of calling a person stupid, and came across the word "dotterel". This word jumped out at me because I knew it as the name of a type of plover, but apparently it is also a word used to refer to a stupid, gullible or senile person. Apparently the birds were given this name because their tameness made them very easy for hunters to catch.

I seem to keep coming across birds who have been given names with similar meanings, usually for similar reasons. Here's a short list:

Booby: Derived from the Spanish bobo ("silly") -- their lack of experience with humans made them easy to capture.

Noddy: A type of tern. Not only does its common name mean "fool", but both parts of the brown noddy's scientific name, Anous stolidus, have meanings that can be boiled down to either "stupid" or "foolish". These birds are also appear unconcerned by potential predators, but they're also incredibly opportunistic -- when a pelican dives after a fish and resurfaces, one or more noddies may land on its head, attempting to catch any small fish that might leak out of the pelican's beak.

Gannet: The northern gannet's scientific name is Morus bassanus. Diana Wells' 100 Birds and How they Got Their Names states that morus means "silly", though I can't seem to find any online sources confirming this (most of my searches turned up info about a genus of trees with the same name, as well as some hints that morus might be related to the Greek word moron.

Blue-Crowned Motmot: This may be a bit of a stretch, but Spanish name for the blue-crowned motmot (another bird featured in the email mentioned above) is pájaro bobo, literally "silly bird". There are a lot of adjectives I'd use to describe this bird, but "silly" would be pretty, pretty low on my list -- there's nothing inherently "silly" about this bird.* Like the other birds listed above, this one can act fairly "tame" (it spends lots of time sitting on exposed perches, searching for prey), but there are other motmots who do the same thing, and none of them are called "silly bird". ("Motmot" is a word apparently derived from its call.)

*Unless you look at them from this angle, I suppose.

Someone on the Adventure Gamers forums started a thread trying to identify an old game. The description didn't ring any bells for me, but when someone replied with the game's title, I realized that I knew this game.

It was called Secrets of the Pyramids, and I played a demo of it when I was about ten years old. The demo begins inside a pyramid with a couple of doorways nearby. Going through one doorway takes you to a room where you have to reassemble a broken statue. When you start assembling the statue, the creepy music playing in the background suddenly stops, so you're putting this thing together in complete silence. Then when you finish putting it together, there's this huge booming/crashing sound, the screen flashes like lightning struck nearby, then some text pops up announcing that the demo is over.

If you go through the other door, however, you fall into a dark cave where several huge bats attack your character, who screams in agony for a few seconds before they fly off, leaving his bloody corpse behind.


All I can say is that I'm glad I was ten years old when I played that demo...I probably would have been a bit traumatized by it if I'd been any younger.

I was working on my computer (which is positioned in front of a window that looks out on our front yard), and while I'm looking at the monitor, I see a large pair of ears moving outside the window, just above the windowsill. My first thought is that there's a dog wandering through our front yard, but this wasn't the case at all...

I had actually seen two fawns and a doe crossing our cul-de-sac a couple of days before, but by the time I ran to get the camera, they were gone. It's a good thing I had the camera this time.

I haven't said much about this project at all on this journal, but I decided to make a post about it here just the same.

After more than a year and a half of work, I've finished the sequel to Adventure: The Inside Job...

Adventure: All in the Game

I've made many attempts to improve on a few of the weaker parts of the original: it's less linear, more open, has a higher cutscene-to-puzzle ratio, the interface has undergone a bit of tweaking to make it less clunky, and I've even included an "Adventure Game Expertise Setting" to help explain some of the more obscure in-jokes and references for people who are unfamiliar with the genre.

This year is turning out to be quite an interesting year not just for computer gaming in general, but adventure gaming in particular. Portal 2 has been released, Duke Nukem Forever has been released, an alpha of the cancelled Warcraft Adventures has surfaced, news of a possible re-release of Toonstruck (plus the cancelled sequel) has surfaced, and the news about Telltale Games' King's Quest project, as apprehensive as I feel about it, is still pretty impressive. (Of course, so was the now old news of Telltale Games' Tales of Monkey Island as well as LucasArts' completely unexpected Monkey Island 1-2 re-releases/remakes.)

It's remarkable how at the end of Adventure: The Inside Job, the protagonist is wondering if the adventure genre will ever become popular again, then just a few years later, I'm scrambling to get the sequel to that game done before any information in it is rendered outdated by any more breaking adventure game news.

I've just discovered what has to be the greatest 3D program I've ever found called Sculptris. And the best part is, it's FREE!

Alas, My computer really does act its age when I try working with this resource-demanding program. It's sprightly and quick when I'm working in PSP or playing one of my favorite games, but when faced with a program like Sculptris, it slowly starts degrading into the aged, decrepit old clunker that it really is. Sadness.

Oh, and have I mentioned that there's a Back to the Future adventure game coming out this winter.

THERE'S A BACK TO THE FUTURE ADVENTURE GAME COMING OUT THIS WINTER!!!

I've often found a lot of Smith Micro's 3D animal models a bit unappealing and often not nearly as realistic as they claim to be. Still, I thought many of them were passable likenesses of the animals they were modeled after.

Then I saw this "duckling" model today...

I found a cute little book called Unfortunate English on a shelf in a book store a few days ago, and started leafing through it, having nothing better to do at the moment. It turned out to be a book on the etymology of various words in the English language, and as the title implied, the origins of these words are either unappealing, embarrassing, or unintentionally hilarious.

Imagine my surprise when I turned to a page discussing the origins of the word "mist" and saw that its entry talked almost entirely about Myst, the adventure game.

The book mentions the Myst parody called Pyst and says that the parody's name is oddly fitting, considering that the word "mist" apparently originates from a word that means "to urinate".

You know what the horror genre needs?


(I've actually been familiar with this old engraving for some time, but I just now noticed this guy's distinctive hairstyle. It's somehow both awesome and incredibly cheesy at the same time.)

The things I run into when I'm looking for very odd things on the Internet at 2:45 AM...

I just learned that the technical term for these symbols:
« »
Is "guillemets".

I also discovered a very interesting piece of information about them on Wikipedia's page on guillemets which I found very amusing:

In Adobe Systems font software, its file format specifications, and in all fonts derived from these that contain the characters, the word is incorrectly spelled ‘guillemot’ (a malapropism: guillemot is actually a species of seabird) in the names of the two glyphs: guillemotleft and guillemotright. Adobe acknowledges the error.

Remember: Always be sure you know the difference between a form of punctuation and small seabirds.

While I was working in the 2nd grade classroom I volunteer at on occasion, an aide was reading a story about Abraham Lincoln's life. When he reached the part in the book describing how Lincoln was elected president and his family moved into the White House, one of the girls asked the aide a question. I didn't hear the actual question, but I did hear the aid's reply:

"No, I don't think there are any unicorns in the White House."
Collapse